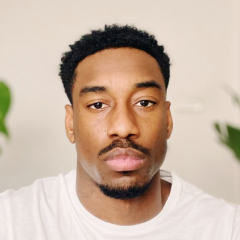 Last year, as an organisation, we found ourselves at an impasse, stuck on questions such as:

Over time these questions grew from small curiosities into existential worries for our organisation. They bled into our work and made everyday decisions that were once simple, increasingly complex. As a result, it became challenging to lead the team and take aim at something that we were having such a hard time defining … productivity ground to a halt.

Something had to change for us to get things back on track, so we decided to focus on the part of Kwanda that was working: our projects and investments in Sub-Saharan Africa. This focus was well-defined, and these layered questions around language were not as pertinent.

Months went by, and initially, we felt we had made the right decision for the organisation, but something significant had been lost. I came to realise what that thing was when the war erupted between Ukraine and Russia. Like many others, I paid close attention to the news surrounding evacuations and aid flowing into Ukraine. I witnessed Europe in total unification behind Ukraine. I was excited to watch humanity, community, and empathy wash over Europe. So, I watched and watched, and then I saw Black people, once again, deprived of that humanity. I saw Black people pushed away and left behind. I saw what was to be offered to us if we didn't mark a line in the sand and define, for ourselves, what was acceptable.

Because of this, we're left with little choice but to build our own systems, erect our own buildings and create our own spaces. There must be places we can operate within fluently and with integrity. This is the bare minimum.

As we do this building, people will say, "you should fit into the existing system", "you should be grateful", or "we are one", but this is not good enough. Walking into buildings divided, adjusted and tweaked is intolerable. "Working twice as hard for half as much" is unacceptable. The status quo is wholly unsatisfactory. So we have to reject it. And, I believe what we build in its place will be an example to the world … As Kwanda itself has been.

We see creativity and ingenuity all around us all of the time. There is no shortage in our community. Black gathering has birthed exceptional ideas and inventions from which the world has benefitted, from the arts to the sciences. Therefore, it is critically important that Black people gather in spaces designed to accentuate their natural genius. Our goal at Kwanda is to fund and build those spaces.

We still don't know what Black is, but we know what it feels like. We know something magnificent happens when Black people are free to create. We know there is a joyfulness that fills the space when Black people gather. We know of the warm and welcoming spirit that Black people inject into every place they inhabit. So we know, and even though it's something we can't easily quantify and pin down, it worth taking aim at. It's worth building a business, organisation, and institution around.

We are committed to the elevation of Black people in every corner of the world.