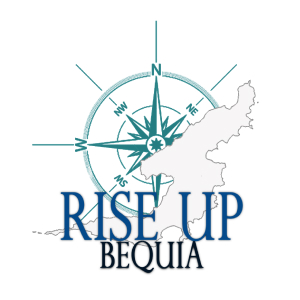 🇻🇨 Saint Vincent and the Grenadines

On April 9, a volcano erupted in Saint Vincent and Grenadines, leaving the island covered in ash. As a community dedicated to giving back and investing in black communities, we decided to investigate the situation in St Vincent and offer assistance.

According to the United Nations (UN), the volcano, La Soufrière, had been dormant since 1979. After the eruption on April 9, 16,000 people were evacuated from their homes. Over the weekend, the government officially asked the UN for assistance.

The COVID-19 pandemic has made evacuation efforts more difficult. Individuals wishing to board ships and seek refuge in neighboring countries must be vaccinated. This has made it harder for other countries to accept evacuees.

Another volcano erupted on April 12, making it one of the worst in the country's history. There have been no reports of deaths or injuries, but drinking water supplies have been contaminated and there is no electricity. Additionally, the UN Office for the Coordination of Humanitarian Affairs (OCHA) reports that around 20,000 people need shelter.

Saint Vincent needs all the help it can get, including food, shelter, and supplies. The pandemic has made it harder to support relief efforts, but we have identified a well-trusted organization called Rise up Bequia, based on the island of Bequia in St. Vincent and the Grenadines. They are directly assisting evacuated people and shelters with food.

With a donation of £4000, our village has supported Rise up Bequia in their efforts to provide aid to those affected by the volcano eruption in Saint Vincent and Grenadines. The funds have been used to purchase essential supplies such as food, water, and medical equipment for those who have been displaced from their homes. It has also been used to support the operation of temporary shelters for evacuees and help transport goods and aid to the affected areas. Overall, our donation has helped Rise up Bequia continue its essential work in supporting the affected communities in Saint Vincent and Grenadines.