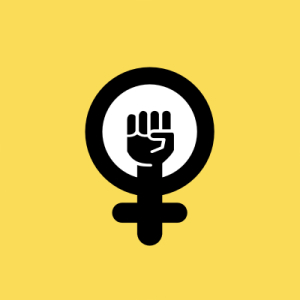 On October 8th, 2020, 46 young Nigerians camped outside the Lagos state House of Assembly, demanding an end to police brutality in Nigeria. The protest was part of a 3-day event calling for an end to the Special Anti-Robbery Squad (SARS), a unit of the Nigerian police force.

In the last four years, there has been a rise in reported cases of SARS officers profiling, harassing, extorting, and even killing young people in Nigeria. This has led to the hashtag #EndSARS on Twitter.

On the evening of the 8th, one of the protesters tweeted that the state's commissioner of police had taken away their tents and called for help. At the same time, there was a report of a woman being shot by a police officer. A group of young feminists on Twitter started raising money to cover the woman's medical bills and support the protesters at the Lagos state Assembly.

This feminist group, now known as the Feminist Coalition, is working to maintain peaceful protests on the ground and has raised a total of ₦37m (£75k). The funds raised have been used for coordinating volunteer lawyers nationwide, securing bail for arrested protesters, paying medical bills for wounded protesters, providing supplies and first aid kits, and supporting the families who lost their loved ones during the protest. The group is transparent and regularly updates how the funds are being spent on their Twitter profile.

The protests have spread nationwide and taken place in at least 17 out of the 36 states in the country. On October 11th, the Inspector general of police announced that SARS had been disbanded and members of the police unit would be redeployed. However, young Nigerians are still protesting on the streets.

This is the fifth time in 4 years the federal government has promised to address the situation without an actionable plan. Although the protests so far have been peaceful, in some protest locations, the police have shot at protesters, and at least 10 people have died. The response of young people on the street has expanded from #EndSARS to calling for restitution and reform nationwide.

Our donation of £5000 to the Feminist Coalition (@feminist_co) will support their ongoing efforts to maintain peaceful protests. In addition, the funds will coordinate volunteer lawyers nationwide, secure bail for arrested protesters, pay medical bills for wounded protesters, provide supplies and first aid kits, and support the families who lost their loved ones during the protest. By making this donation, we have played a part in fighting back against the police brutality that has affected Nigerian youths for years and made a positive impact in supporting the protest movement.